A homage to my grandfather: Thibaud Thomas presents a very special interpretation of the Raumpatrouille Orion (Space Patrol Orion) theme

Thibaud Thomas was born in 1993, the younger son of Philip Thomas and Anja Lindner. It was his grandfather Peter Thomas who instilled his passion for music while he was still in his cradle: “I don’t remember it, but my mother once told me that Grandpa often sat at our piano when he came to visit. Every time he began to play, I would instantly fall quiet and listen.”

Even at that early age, it was clear that Thibaud had a penchant for music. As such, it came as little surprise when, in the summer of 2016, he decided to take up a place to study jazz drums at Lucerne University. Surprisingly, his grandfather was the only one to object.

Music should simply be lived”; “Why do you want to study drums? If anything, piano!”; “Making a living as a music teacher? Bullshit!” To begin with, Peter was not terribly enthusiastic about his grandson Thibaud’s plans for the future. For Thibaud, this reaction was unexpected – yet it only motivated him more: “I wanted to prove to my grandfather that this was the right path for me.

Peter’s initial scepticism quickly faded, however, when Thibaud visited his grandfather in Lugano and impressed him with what he had already managed to learn. From that moment on, the pair shared not only a family bond, but a musical friendship: they exchanged information about new releases by email and telephone, discussed Thibaud’s compositions and looked back together on Peter’s unforgettable experiences from the past 80 years. “Almost every time we spoke, Grandpa told me: ‘Compose every day! That’s the only way you”ll learn and get better’. For me, however, it was difficult to put this into practice. For my grandpa, music was everything. He built his life with and around music, developing his ideas and remaining creative until the very end. I have the luxury of being able to do what I want: studying in my safe bubble in Lucerne and playing my concerts. If I don’t practise for a day, I suffer at most at the hands of my conscience. My grandfather played music day in, day out. There was never a question of whether or not he felt like it – music was an indivisible part of his life.”

These differences of opinion were not always easy, Thibaud says. He often felt he was disappointing his grandfather and failing to live up to his expectations. When he began to take piano lessons three years ago in addition to playing the drums, his grandfather was delighted. He sent Thibaud pieces to learn and they played four-handed arrangements in Lugano. His grandfather always wanted to know what Thibaud was working on, and encouraged him to do more.
“I long maintained that I wasn’t really able to play the piano,” Thibaud says. “I had trouble relating to it as an instrument. But the discussions with and feedback from my grandfather gave me confidence, and now I can call myself a pianist with pride,” he smiles.

Raumpatrouille (Space Patrol) is the archetypal Peter Thomas work: anyone who knew the series also know him. Critics held that the theme music of the cult series was a key reason for its success. When Peter passed away in May 2020 and plans for his funeral were underway, Thibaud quickly realised that he wanted to play for his grandfather. “I wanted to play for Grandpa one last time,” he recalled. “I knew he would hear me.” Together with his father, he decided on two pieces: a special arrangement of the Raumpatrouille theme, to be performed as a piano solo, and an original composition he had worked on with his grandfather.

When I played Raumpatrouille in church, there was a moment in which I was fully immersed in the music. My hands were the only thing I was aware of, and they played almost as if by themselves. I felt as though Grandpa was the only one watching me, and I played with as much love and feeling as I could. It’s a moment I’ll never forget. 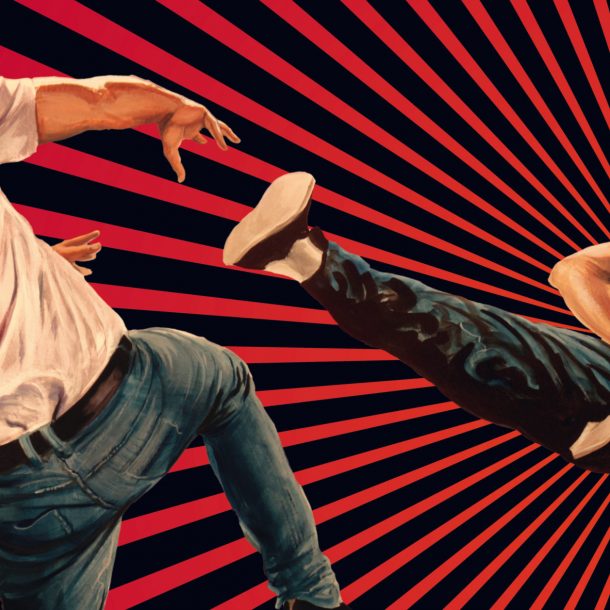